Featured soloists for the 2022-2023 concert season 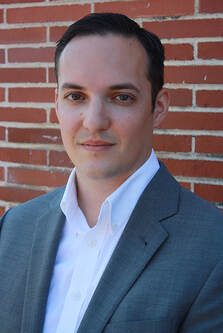 Dr. Ben Corbin maintains an active schedule as a pianist, chamber musician, teacher, and lecturer. Competition prizes include top prize in the Phi Beta Music Competition, 1st place in the OMTA Piano Competition, and 2nd Place in the Coeur d’Alene Symphony Young Artists’ Competition. He has been featured on classical radio KMFA in Austin, TX, WFMT Chicago, and has been described as an “incisive” pianist by the Colorado Springs Gazette. Ben has performed at Taiwan’s National Concert Hall alongside clarinetist Dr. Winnie Fan, principal of the Round Rock Symphony Orchestra has been a featured soloist with the Hampton Roads Philharmonic, the Chesapeake Bay Wind Ensemble, the Virginia Symphony Chamber Orchestra, the University of Oregon Symphony Orchestra, and the Christopher Newport University Wind Ensemble. He has served as principal keyboardist with the Oregon Mozart Players, the Eugene Symphony, Eugene Opera, Brazos Valley Symphony Orchestra, The Colorado College Music Festival Orchestra under the baton of Scott Yoo, and The University of Texas Wind Ensemble under the direction of Jerry Junkin. As a vocal coach, Ben has held staff positions with Eugene Opera, the Butler Opera Center, the University of Oregon Opera Ensemble, and the John G. Shedd Institute for the Arts. He was also invited as a Faculty Artist for the Torggler Summer Vocal Institute in 2017 and 2019 and has been a featured performer at the Cascadia Composers Festival in Portland, Oregon. Ben was awarded full scholarships in Collaborative Piano to attend the Colorado College Summer Music Festival in 2013 and the Brevard Summer Music Festival in 2014 where teachers included Jon Nakamatsu, William Wolfram, and members of the Ying String Quartet. He has also performed for a number of masterclass clinicians including John Perry, Anne Marie McDermott, Warren Jones, Margo Garrett, John Kamitsuka, Joseph Alessi, Steve Doane, James Ehnes, Lynn Harrel, and Noah Bendix-Balgley.

Dr. Corbin received the Bachelor of Music and Master of Music degrees in Piano Performance from the University of Oregon where he studied with Dean Kramer and David Riley. He also received a second Master of Music and the Doctorate in Musical Arts in Collaborative Piano from The University of Texas at Austin, studying with Anne Epperson. While at the University of Oregon, he was awarded Outstanding Undergraduate Performer, Keyboardist, and Collaborative Pianist in 2009, as well as the Outstanding Collaborative Pianist award in 2012. He also was the recipient of the Mary Elizabeth Sherrill Presidential Endowed Award in Music from 2014-2016. As a lecturer, he has presented at the Peninsula Music Teachers Association, the Appomattox Governor’s School, and the University of Texas at Austin. He has also served as a member of the collaborative piano staff at the Meadowmount School of Music in upstate New York and in August of 2019, was a guest artist in Collaborative Piano at the Second International Clarinet Festival of Panamá. Dr. Corbin is currently the Assistant Professor of Piano and Collaborative Arts at Christopher Newport University, where he also serves as the Director of Keyboard Studies." 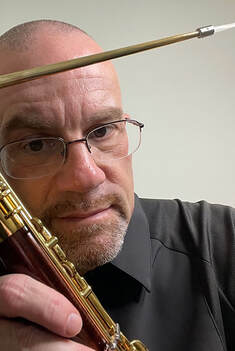 Chris Eberle is a freelance bassoonist currently residing in Orlando, Florida. He is a 1988 graduate of the New England Conservatory where he studied with Sherman Walt, Leonard Sharrow, Roland Small, and Louis Skinner. While there, he performed with the Honors Woodwind Quintet, winners of the 1986 Coleman Chamber Music Competition. In 1987, he won a position with the West Point Band, one of the US Army’s premier ensembles. During his 26 years in New York, he performed with the Band as co-principal and principal bassoonist, was a frequent soloist, and appeared regularly on its Chamber Recital Series. He also performed with the Newburgh Symphony, Nutmeg Opera, Rockland Choral Society, Pone Ensemble, and the Hudson Valley Philharmonic.

Chris has been featured in recital and as a soloist at two International Double Reed Society Conferences. In 2003, he was one of the first to perform Eric Ewazen’s highly regarded Concerto for Bassoon with the composer in attendance. Relocating to Florida in 2013, he now performs regularly with the Punta Gorda Symphony, Southwest Florida Symphony, Orlando Philharmonic, Atlantic Classical Orchestra, Brevard Symphony, and the Alterity Chamber Orchestra. 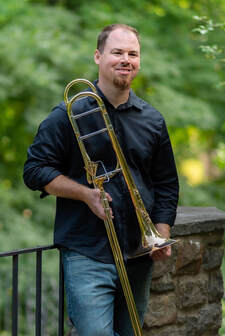 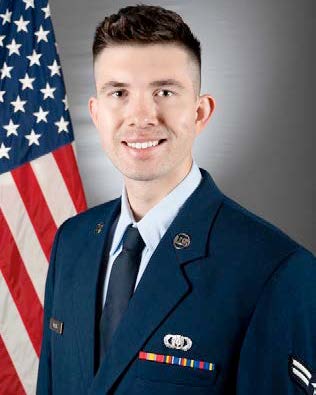 Wasik began playing the bassoon at Las Positas College where he was a student of Jim Bernhart, and went on to earn a Bachelor’s and Master’s Degree in Bassoon Performance with Michele Grego at the Bob Cole Conservatory of Music. Wasik continued his education with Shawn Mouser at the University of Southern California where he earned his Graduate Diploma.

An active educator and freelancer, Wasik served as bassoon faculty and chamber music coach at Las Positas College, Long Beach City College, East Whittier Middle School, Idyllwild Arts, and The Bob Cole Conservatory of Music. He has performed with ensembles throughout California including the Santa Monica Symphony, American Youth Symphony, the Livermore Opera and Ballet Company, LA Sinfonietta and as a soloist with the Bob Cole Conservatory’s Wind Symphony and Collegium Musicum ensemble. 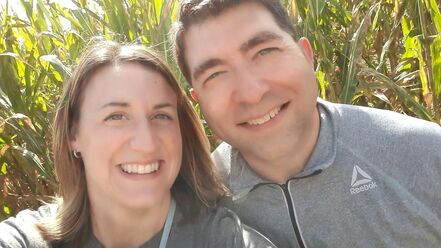 Andrea Kline Boothe has called the beautiful state of Virginia home since 2002. She landed in Hampton Roads with her husband, Daniel W. Boothe, in 2017. Since then she has been active as a vocalist, choral adjudicator, music educator, and an avid volunteer in the arts throughout the region. Her featured work as soprano soloist with Symphonicity has been heard on WHRO radio broadcasts. In March 2023 she will give the Hampton Roads premiere of “Stopping by the Woods” by Katherine Fields.

Previously she has sung with the Roanoke Symphony Orchestra chorus and Roanoke Opera, the Dayton Philharmonic Orchestra Chorus, the Dayton Opera, Dayton’s chamber choir “Musica!”, the United States Air Force Band of Flight, and has been active as a church musician. Mrs. Boothe has performed across the country and internationally in Canada and Russia. She has been sought after as a consultant and advocate for musical arts integration in the community, and has taught music education across the state of Virginia and Ohio since 2008.

She completed studies in vocal performance, music therapy, dance and psychology at Radford University, and Immaculata University, and studied privately with regionally acclaimed soprano Elizabeth Curtis, as well as renowned New York and Philadelphia-based vocal coach Diana Borgia-Petro. Mrs. Boothe lives in Chesapeake with her husband and their 5 children. She loves to garden and take family walks in their quiet neighborhood.